Google Fiber and AT&T are planning a gigabit-speed connection in Nashville and Comcast is one-upping both companies and committing to Internet service that is twice as fast for Middle Tennessee residents.

“Currently, Comcast is the end all be-all for our residential clients when it comes to speed but within 18 months or so there will be three contenders,” says Bill McCleskey – Director of Sales at Mitech Partners, LLC, a telecommunications broker in Nashville, Tennessee.

Mitech Partners – a start up based in the Nashville Entrepreneur Center – primarily helps businesses shop, order and get support for commercial telecom but see a rise in residential telecom competition as a driver of new revenue for the 20 month-old company. Annual revenues exceeded $1,000,000 within 12 months for Mitech but are expected to reach $5,000,000 within 30 months of this start up.

Comcast will begin offering 2 gigabit-per-second service, called Gigabit Pro, to eligible Middle Tennessee homes as early as June, beating both AT&T and Google Fiber on fiber installation. The service has been announced in Atlanta, Chattanooga, Florida and California. 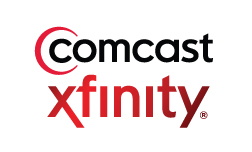 “We are clearly in a space where customers are pushing the boundaries of what the Internet can do,” said Doug Guthrie, Comcast regional senior vice president. “Nashville being named No. 5 city for startups in the country, these are the types of cities we want to be in first.”

Comcast, which has been offering gigabit speeds to Nashville businesses since 2010, will offer connection to residents living within a third of a mile of Comcast’s fiber network, an estimated 500,000 homes. Pricing for installation and service has not been released.

The 2 gig speed would be 200 times faster than basic broadband, allowing subscribers to download a high-definition movie in 25 to 30 seconds or a 30-minute sitcom in as few as 3 seconds. The company seeks to offer the service to 18 million homes across the U.S. by year-end.

Google began exploring Nashville for fiber expansion in early 2014, making an official commitment to Nashville in January. In July AT&T announced it would be offering its fiber connection, GigaPower, at an undetermined date.With three gigabit providers in one market, Nashville is sure to see the benefits of competition and service. We all look forward to it.