I’m a single father. Divorced. I have full custody of my awesome and incredibly inquisitive 7 year-old son. Oh and I’m an entrepreneur too! So saying I’m a single father triggers one thing in most people. But adding to that ‘I’m the founder of a startup’ ignites a totally different reaction in most.

I’d like to think because of my tenacity and no excuses attitude we are having much success with our company, MitechPartners.com. We have serious traction with high profile early adopters like Holiday Inn & the US Army plus our revenues are approaching 1M. So being a single dad has not been an obstacle, only a reason to progress.

But this has been on my mind recently because of a tweet I posted last week @mitechpartners. The tweet was a picture of a cartoon white male entrepreneur which pointed out the anatomy of an entrepreneur shown below: 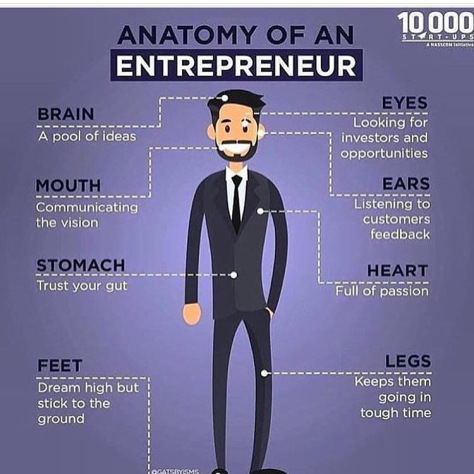 I got responses from women who seemed offended the pic was of a male. Even though I didn’t create the graphic, I thought nothing of it. But messages came at me asking ‘where’s the pic of the momma entrepreneur with kids hanging off her legs?’ My first thought was ‘ugh I don’t know. Why don’t you make one?’ But then of course browsing the Internet, I found the identical graphic of an Aftican-American female (and of course sent this to those who messaged me). 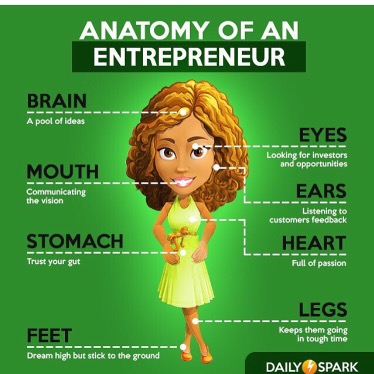 But I get it. There needs to be more images showing female founders. I understand it being an African American male who doesn’t see a lot of startup founders or Black Tech startups in media. Images mean a ton! From images of Jesus to how the media portrays a ‘thug,’ we all subscribe to these made up visages whether we like it or not. So let’s work together to change this. We don’t need to just talk diversity inclusion but he about it. I mean really be about it by who we hire, partner with and who we prospect, sell and market to.

Sooner or later we’ll all get it together!